Behind the mask: Bill's story of giving back

You’ll usually find Bill Winter in a polo shirt at work in front of computers helping physicians with software at Regional Medical Center. But when he’s off work, you may do a double take….Bill suits up in two different uniforms.

About two years ago, Bill’s wife suggested he find a hobby. He remembered as a teenager, he was a cadet in the Civil Air Patrol, the official auxiliary for the U.S. Air Force. The Civil Air Patrol cadet program helps engage youth in leadership, aerospace education and emergency services.

“I remembered the good leaders that taught me when I was a cadet and I wanted to pay it forward, “says Bill. He started volunteering four hours a week working with cadets between the ages of 12 to 21 years old and now he is squadron commander. 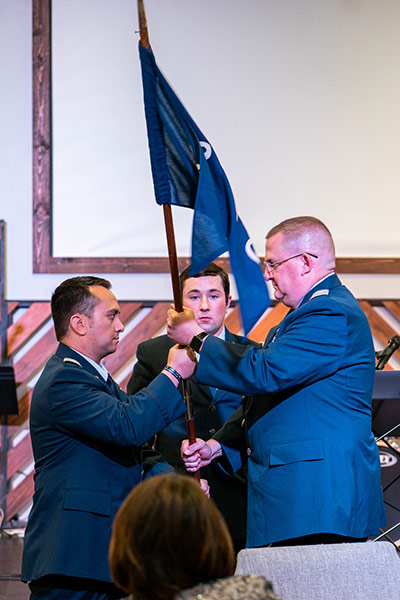 A colleague there mentioned he was a volunteer with the Uvas Volunteer Fire Department and Bill was immediately interested. “With the fire department, it’s serving the community. I don’t wish anything bad to happen, but if something does, I want to be there to help,” says Bill. 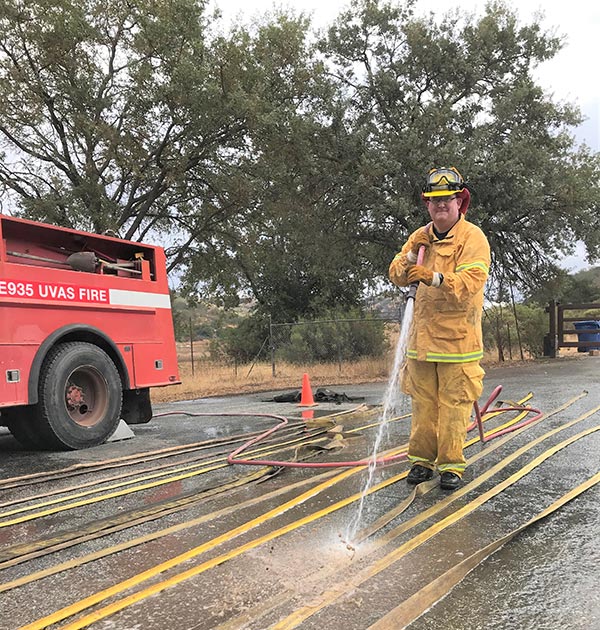 To be a volunteer firefighter, he attended about 90 hours of training by CAL Fire. Bill now teaches first aid and CPR to the public and also responds to medical calls and wildland fires in the region near Morgan Hill. Bill is even a volunteer for a third agency- the Fire Associates of Santa Clara County. When a major fire is in the county, Bill and the other volunteers come to the scene and provide water, sports drinks, and snacks to the firefighters to help give them energy.

Bill totaled up all his volunteer time over the past two years and he’s put in over 300 hours. Recently, he heard about the employee giving program at Regional Medical Center where he could help the agencies he was serving. By registering at HCA.YourCause.com, Bill was able to record his volunteer hours and earn money for the volunteer fire department. For example, for every 10 hours of volunteer service at a non-profit organization, colleagues will receive $200 that can be donated to any public charity or school in the U.S. Colleagues at HCA Healthcare can earn up to $1,000 each year to donate. So far, Bill has donated $400 to his volunteer fire department to help buy a new fire engine.

“Our two fire engines are approaching 30 years and being able to help donate is a great feeling. This incentive program by HCA Healthcare is an awesome program because it can really help a cause that you believe in,” says Bill.