Kenneth West, CEO, is a seasoned leader with more than 12 years of hospital leadership experience with HCA Healthcare. He first joined Regional Medical Center in 2018 as the chief operating officer. Ken has a wealth of industry knowledge including service line development, operations, strategic planning, technology evaluation and strong leadership development. He is deeply committed to strengthening employee engagement and culture, as well as continuing to provide excellence in patient care and operations.

Tarannum Guller, MD, chief medical officer, is an Internal Medicine trained, career hospitalist, most recently serving as a senior executive providing hospitalist and intensivist services across California and the country. Dr. Guller received her medical degree from the Pravara Institute of Medical Science and completed her residency at Newton-Wellesley Hospital.

She has a Masters in Medical Management from Carnegie Mellon University and was Chief Resident for the Tufts-Harvard combined residency program.

Dr. Guller is patient centric and brings a passion for world-class quality and service. 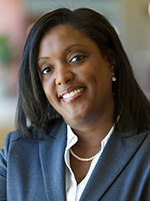 Nanette Logan, chief nursing officer, joined Regional Medical Center in 2021 after serving in nursing and nursing leadership roles at other HCA Healthcare hospitals since 2007. Most recently, Nanette served as the associate chief nursing officer at Riverside Community Hospital in Riverside, California. She was previously the director of critical care services at Los Robles Regional Medical Center in Thousand Oaks, California. Nanette is committed to improving the outcomes of patients by engaging front-line nurses to maximize their critical thinking skills, and advocate for high-quality, safe care.

Nanette is currently serving a three-year term as a director on the American Association of Critical-Care Nurses Certification Corporation board of directors. She also served on the HCA Critical-Care Advisory Board. Nanette holds a Doctor of Nursing Practice in executive nursing leadership at University of Nevada, Reno and a Master of Science in Nursing from the University of San Francisco. 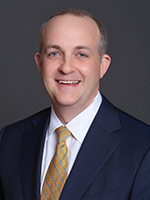 Mark earned a Masters in Healthcare Administration and in Business Administration from the University of Houston-Clear Lake. He also holds a Bachelor of Arts from Henderson State University in Arkansas. Mark is board certified in healthcare management, a Fellow in the American Colleges of Healthcare Executives and a Certified Medical Practice Executive in the American College of Medical Practice Executives.